Back to all posts

AV on The Edge: Interview with Richard Edwards, July 2015

Hello everyone, I hope you are having a great week. Here is my interview with composer Marie-Anne Fischer. Marie-Anne works in Film, TV and Games and has recently finished scoring the feature film 'Final Haunting', which has been chosen for the London Independent Film Festival 2015. 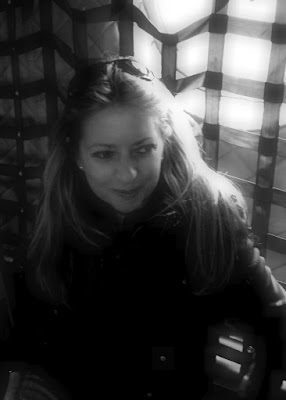 When did you first develop a passion for composing?

It’s hard to say exactly when my passion started because music always played an important role in my life. Film music influenced me at an early age (John Williams, Vangelis) and I remember watching ‘Le Professionnel’ with music by Ennio Morricone and playing ‘Chi Mai’ over and over again. ‘The Mission’ by Ennio Morricone and ‘Out of Africa’ by John Barry had beautiful sweeping themes which left a lasting mark on me. The fun theme of ‘The Pink Panther’ by Henry Mancini always used to put a smile on my face! A combination of taking up piano and music lessons set me on a musical path and because playing music was always something I enjoyed doing.
A more serious interest into writing music took place during the time when I was studying for a drama diploma in South Africa, where playing piano used to be part of my creative process to find more character dimensions and especially to explore their emotions.
I specialised in directing during my final year of study and lead a workshop where music, singing and movement were the main focus. I subsequently met a sound engineer at a post-production company who used energetic pop/rock music I wrote specifically for sport, a time where I learned a lot about writing to picture. Eventually writing to picture progressed to writing music for wildlife and corporate programs using ethnic instrumentation, something I still love.

What was the transition in to full time composing like? Is there any advice you would give someone about to make a similar transition?
Transition to full-time composing was one of the best decisions I have made and ideally, I should have done so 2 years prior to that. I first made sure that I had a few projects lined up and also a few starting clients. I had great support from my husband, friends and colleagues who encouraged me to take the leap of faith. When I wasn't working as a full time composer, my life was divided into time segments and everything felt like one big rush. Planning ahead is very important. Continuously making new connections, meeting people you would wish to work with and letting them know that you are going full-time is equally important.

What was your approach when working on this particular film? Did you come up with a selection of themes first or tackle a big scene which you could draw other ideas from?
I chose the most dramatic moment in the film where the main character was going through psychological trauma which peaked at a moment of realisation. It was a good moment for me to capture those emotions and translate them into music.

How long did you have to work on the music?
I had received a first rough cut of the film 2 months before all music was delivered and it was an iterative process during this time.


What is your composing set up? 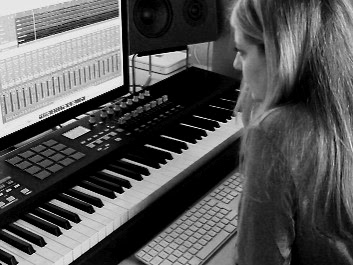 I notice you are a member of BASCA. How important is it to be a member of an organisation like that? What kind of opportunities do they offer composers?

BASCA offers masterclasses, networking and social events, panel discussions which I try and go to as often as I can. In 2013 I attended a professional development program with guest speakers, discussing publishing, working with production music labels, soundtrack scoring and working with directors, self-management, just to name a few. At the beginning of the year I attended a talk ‘Behind the music of the shiny floor TV shows’ which was very useful to me as I was writing music for a TV show game pitch. Other benefits for standard members are being automatically insured, there is a legal service and also accounting services available. I’ve met some wonderfully talented people through BASCA, I think that networking aspect is also important.

What future projects do you have coming up?
I’m finalising music for Flaminia Graziadei’s new short film ‘Arrivederci Rosa’ and also writing Christmas music for a production music library.
I am about to start an Orchestral Mixing course through ThinkSpace, which I’m looking forward to, because I think it will help me improve the quality of my final mixes. I have been working flat out since January and planning to take some time off and enjoy a summer break.